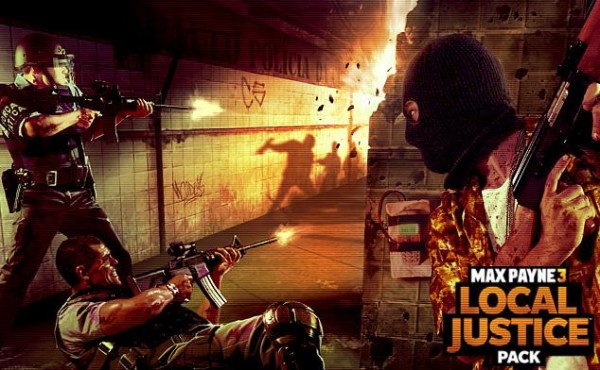 The first downloadable content pack for Max Payne 3, the Local Justice Pack, is now available for download on Xbox Live, with the PSN network getting it later today, or tomorrow if you’re in Australia or New Zealand.

The Local Justice Pack includes three new maps for Max Payne 4 Multiplayer based on areas from the game’s last few chapters (check out the article on the levels in more detail HERE), the new M4 Assault Rifle and attachments, the Light Fingers Item for faster looting, a new São Paulo police multiplayer faction and new Achievements and Trophies for you to earn.

You should grab the Local Justice Pack as soon as you can because for the first week it’s available for a discounted price of 480 Microsoft Points or $8.75 AUD on PSN. After the first week it then goes back to 640 MSP and $11.45. For those of you who bought the Max Payne 3 Rockstar Pass, you get the pack free of charge. Anyone who wants to buy the pass now can grab it for 2400MSP or $39.95.

On top of the Local Justice Pack you can now also buy all the pre-order and retail DLC, so if you want those extras then go ahead and grab them from your respective stores now!

The Local Justice Pack plus all the other DLC will be available for the PC on July 18th.