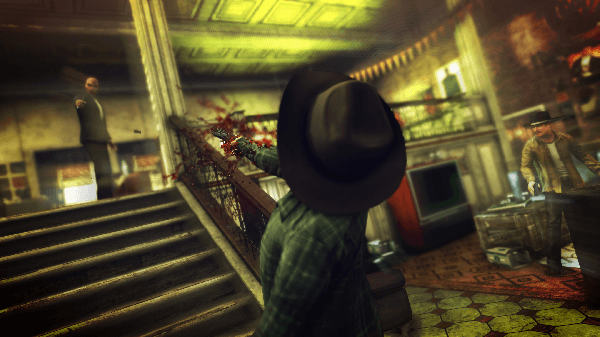 Square Enix and IO Interactive has continued to release their Hope News Time images and this time around the factitious newspaper is reporting about a massive slaughter inside of one of Hope’s social clubs, apparently no one saw the gunmen or heard any shots, but fourteen people were found dead from bullet wounds.

The full newspaper can be seen below and those who have been paying attention will likely note that this means that players will be taking on a social club with about fourteen targets when Hitman: Absolution is released in stores later this year on the PlayStation 3, Xbox 360 and PC. 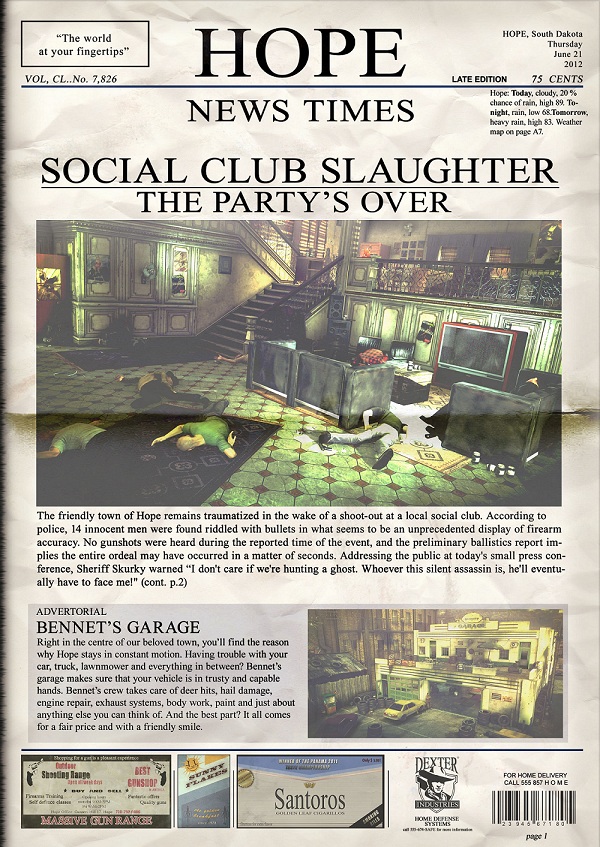