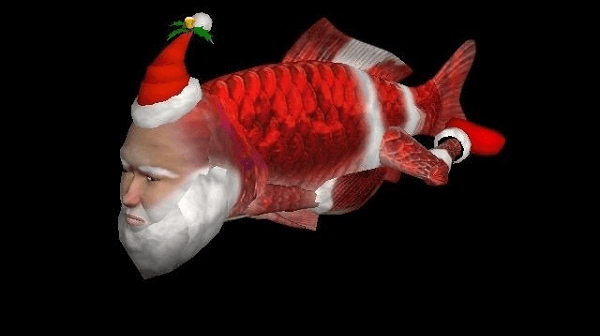 You may remember a few months ago a new Seaman game was mentioned to be in development for the Nintendo 3DS. Unfortunately since then there hasn’t been any news about the game, but perhaps we have learned a little something today because Yoot Saito himself has just let loose a very odd Santa Seaman image which can be seen above.

Saito revealed this image on his Twitter while also stating that he should start thinking about the end of the year. Does this mean a holiday release date for Seaman on the Nintendo 3DS? Well, at least for Japan anyway unless Sega also brings this version of the game over to the West like they did with the originals.

Seaman may be coming to the 3DS