The first #BOTG faceoff will be between two PC gaming classics, Myst: Masterpiece Edition and The 7th Guest. If you are over the age of 10 and haven’t heard of these two PC gaming monoliths well then, you need to get your head examined soon. The list of games that will face off in the “Battle of the games” has not been announced yet, though GOG promises users they can expect to see high quality games such as  Psychonauts, The Witcher, and Broken Sword: Director’s Cut. Also remember, since they are sold by GOG all of these games are DRM free (we’re looking at you Diablo 3).

Apparently a summer sale wasn’t enough for GOG so they have teamed up with EA to offer you Worlds of Ultima: The Savage Empire and Ultima: Worlds of Adventure 2: Martian Dreams free to all users. So if you are currently lacking Lord British’s creations in your gaming library then you can pick them up for free only at GOG.

The Witcher 2 to be DRM-free only on GOG.com 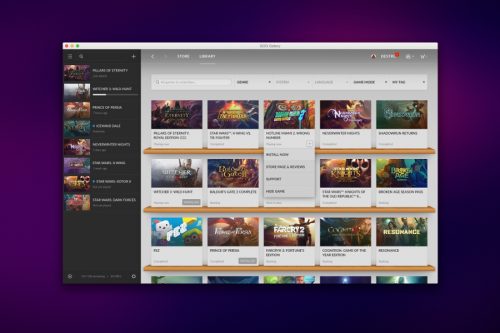