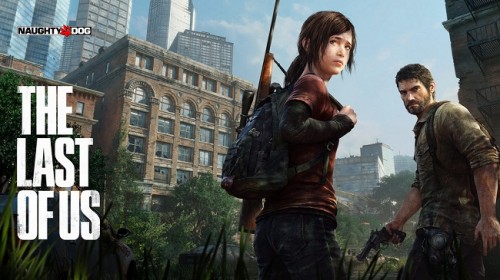 For a brand new IP, The Last of Us is gathering quite a lot of attention. It was good to see Sony give it the spotlight as the finale to their E3 conference, providing us with the first look at what we can expect from gameplay.

Labelled a survival-action game, The Last of Us is set in a world decimated by a plague that wipes out much of humanity, leaving survivors to struggle for the most basic human needs.

Players control Joel, a survivor who is tasked with smuggling 14-year-old Ellie out of a military quarantine zone, but of course, it isn’t as easy as he expects.

The story sounds a little bit clichéd, but it’s the presentation and structure that has everyone excited. As with Uncharted, Naughty Dog have obviously given the visuals a lot of love, with some really fluid movements and contextual animations. From the video, it’s actually hard to tell where the scripted sequences end and gameplay begins.

Combat is brutal and satisfying, and looks quite challenging, using whatever is on hand to defend yourself: no overpowered gatling guns here. AI looks quite intelligent, adapting to your actions logically.

Perhaps the most interesting part is its tendency to not rely on balls-to-the-wall action: it looks more survival-focused than the survival-horror franchises we’ve seen: Resident Evil 6 and Dead Space 3 are both moving their franchises away from slow-burn horror towards straight-up action.

The Last of Us is comparatively slow-paced, but not without moments of intensity. There are times to wander the ruins of society, take in the ravaged beauty, and engage in dialogue between Joel and Ellie. These “lows” serve to make the action sequences all the more intense.

Being a Playstation 3 exclusive, The Last of Us is a convincing argument to jump over to Sony’s console, if you haven’t already.

Anyway, why am I still explaining it? Watch the gameplay trailer and judge for yourself!