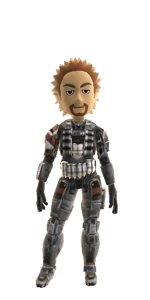 Hello once again ladies and gents! You have just tuned in for another update of Xbox Live News with Pipper. I am here to tell you that this transition is a little less painful considering some of the neat content being released over Xbox Live. While viewers have been tensed about poor weekly deals, perhaps there comments have actually been heard. To incorporate the the major deals this time around, I have separated the deals into retail and arcade sections.

Arcade: Deals Of The Week

Starting off we have a collection of five Kinect games that are dropping 50% and one 30% in price. In addition to the Kinect games, we have a plethora of random arcade titles that have dropped half price as well. Enjoy the deals while they last.

Retail: Deals Of The Week

Ever found gold at the end of the rainbow? Well, I have with this week’s Halo Reach, Gears of War 3, and Forza Motorsport 4 deals.

Here are the new releases from May 15th to May 23rd.

I do believe the voices of the Xbox were heard this week as a plentiful splash of happiness can be seen through discounted arcade as well as add-ons to extended enjoyable experiences with Gears of War 3 or Halo: Reach. Microsoft did well to provide for the client base this week, but how will they fair in the weeks to come?

Thanks everyone for tuning in again for another chapter of Xbox Live News with Pipper. Remember to due your part to join the Scuba Squad, and “Play Hard or Don’t Play At All!”