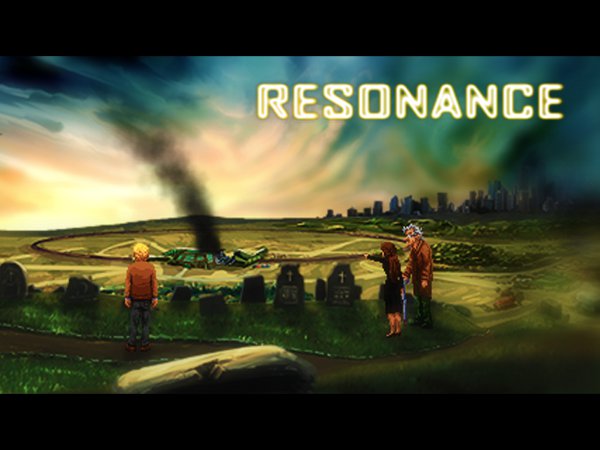 Adventure game fans will be pleased to hear that Wadjet Eye Games’ next title Resonance will be releasing on June 19th to PC and Steam.  They also have a new trailer, which can be seen below, that helps fill in the story for a game that has been five years in the making.  The low down is that a physicist has died and now 4 characters in connected stories are trying to get what he was working on and stop its misuse.

A retro-style adventure game with a story plenty of people are raving about, Resonance is currently available for pre-order through both GOG.com and Resonance-Game.com, as well as being available on Steam on its release date.  But, it may be who of you to check out the pre-order as both offer some interesting pre-order bonuses.

GOG offers all digital with MP3 soundtrack, poster, wallpapers, and special development videos at a 10% discount for pre-ordering.  While Wadjet Eye Games offers a limited edition disc copy that includes a collector’s box, printed poster, with MP3 soundtrack and other things on the disc itself, though for a higher $24.99, but that includes shipping worldwide and pre-ordering guarantees a free download on release day.

Plenty of things to chew over before Resonance‘s release, players can check out a pre-order at GOG.com HERE or Resonance-Game.com HERE.