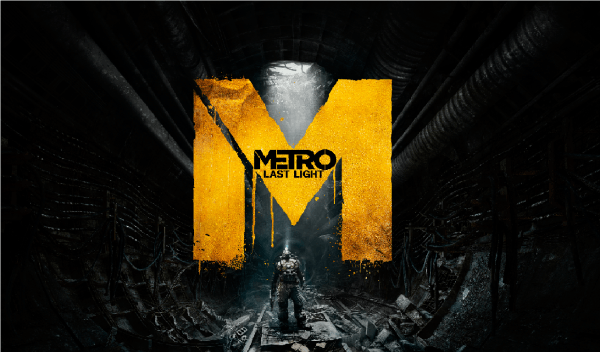 Capsule Computers recently had the chance to interview Huw Benyon, Studio Communications Lead at 4A Games, about the next entry in the Metro series – Last Light (as well as seeing a hands-off demo).

Right out the gate Benyon insisted that 4A “won’t change the formula thematically. We were very happy with the blueprint of Metro 2033, though the stealth and combat, and overall lack of polish, held the first game down.”

If the demo and interview were anything to go by, this has been radically changed for the sequel. Between tense moments with a horde of mutated beasts tramping outside, with the player waiting for them to pass (while at the same the clock is running on his air filter), and extremely poignant scenes of the day of the nuclear apocalypse, and visceral, in your face combat.

In case you weren’t getting it, this is no mindless shooter. “The world is the point of focus for us,” said Benyon, “We wanted to create a world that felt completely consistent, but at the same time we wanted it to be alien and new to people.”

One of the results of this focus was the high level of environmental interaction which took place within the game. The demo showed off the player burning spider webs, fighting through a lightning storm which had dazzling effects on gameplay, turning on lamps in darkened rooms, and so on. Even looting corpses felt more life-like than the simple pop-up boxes which are a staple of modern-day RPGs. 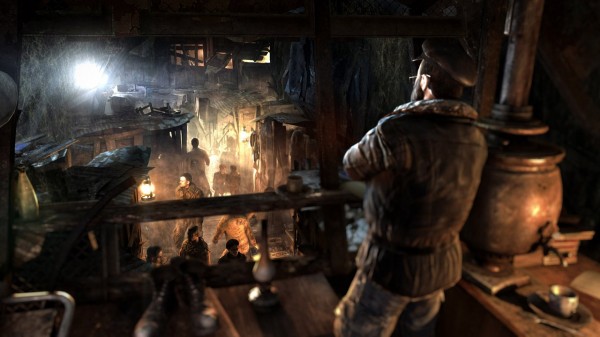 The game will also feature a weapon-customization system. Benyon described that as the game was taking place after a nuclear apocalypse, “The focus is really on hand-made weaponry. There will be lots of different attachments to find throughout the world.” The results of tinkering could lead to powerful weapons – he described one in particular as: “an eight shot silenced, scoped pistol”.

There were several factions in the first Metro, and they’re all going to play a role in the second game. “We wanted the factions to represent a microcosm of human society,” said Benyon, “Political affiliations like fascists, communists, and capitalists are all represented through metro stations throughout the game. In fact, we wanted the plot to evolve around what these factions were doing.”

Anyone who has played the first instalment of the series will know that the game was graphically gorgeous, and this has been true of the sequel from what we’ve seen so far. “The game runs on an in-house engine,” said Benyon, “and it’s a bit of a beast. It does, however, run a lot better on modest hardware than the first game, and gamers with the latest kit can expect to really get the most out of it.” 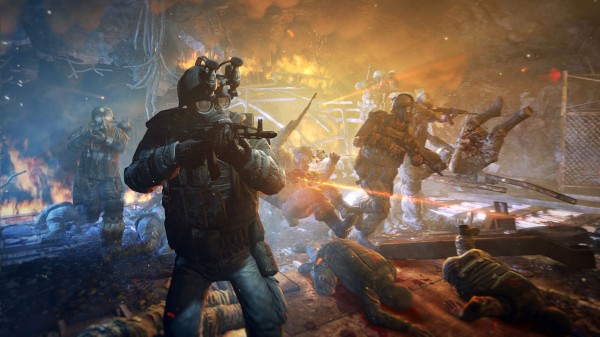 To cap it off, Benyon sounded off the three words he thought best described the game: “Atmosphere, Intense, and Memorable.”

For more on all things Metro Last Light, and all things E3, be sure to check back at Capsule Computers.