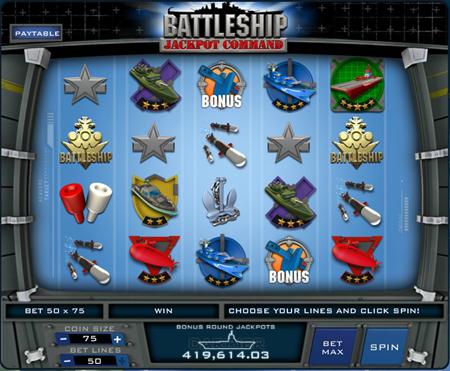 Battleship has recently hit theaters in the U.S., and those with the love of slots and the ship-sinking smash are in luck as PopCap recently added Battleship Jackpot Command to their popular Facebook title, Lucky Gem Casino. Along with some progressive jackpots, this slot game lets players recruit their friends to destroy ships to gain some serious coinage.

Here is a run down on all of the features included with this recent update:

Yes, it’s not a bad addition at all. Of course the game is free to play and uses Facebook credits to get more out of the experience, much like all of the other fare for Lucky Gem Casino. If you haven’t yet added Lucky Gem to your Facebook game stash, you can do so now and get in Battleship Jackpot Command now by following this link.