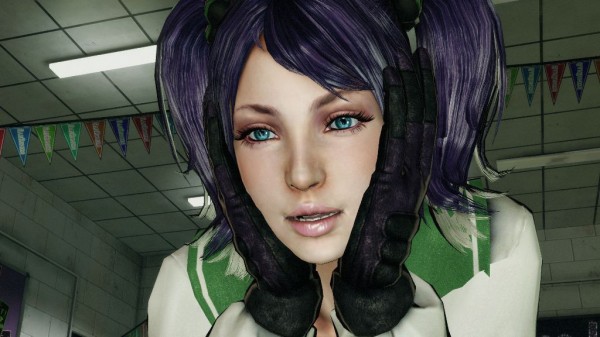 Some of you may remember a few months ago when it was revealed, much to everyone’s joy, that all of Juliet’s alternate costumes would be available worldwide when Lollipop Chainsaw is released in about a month. At the time however no one knew whether these outfits would simply be included in the game free of charge or would be placed as pre-order bonuses, forcing players to only have one of her many outfits.

Thankfully only a couple of outfits are hidden away, such as the Goth Girl, Foxy Funk, Rockabilly and Evil Dead costumes as pre-order bonuses while every other costume, including anime related ones and risque ones are avaiable for unlocking in the game. The list, revealed today by Warner Brothers, can be seen below with rather humorous descriptions for each.

The making of the Lollipop Chainsaw tour bus