Coming soon in mid-May, we can expect a new line of Xbox 360 controllers to hit the market. Dubbed as the Special Edition Chrome Series, these new controllers will be available in red, blue, and silver. In addition to their brightened appearance, Chrome Series controllers will show off the transforming D-Pad feature. For those unaware of this feature, it allows gamers to raise the D-Pad from its original position to enhance directional commands. 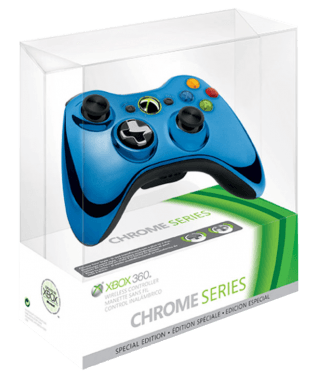 A new accessory will bring with it a higher price. The Chrome Series will have an estimated price of $54.99 (US) individually and will have color availability according to the region of release. Will a Chrome Series controller be your shiny new pet? For more information about check out the controller page here.