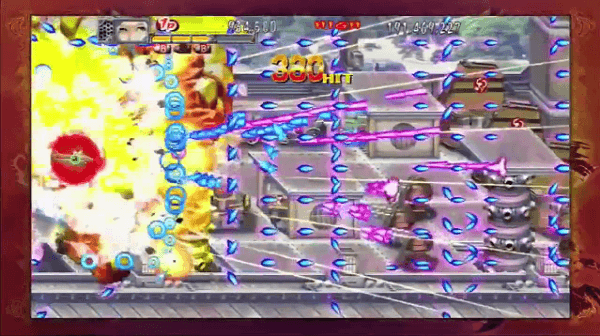 One of the biggest complaints people may have about today’s gaming generation is the fact that the games are becoming easier and easier. Even the shmup genre has been toned down from time to time, with some recent releases offering barely any difficulty level for those who like a challenge.

However there is a game that will be coming sometime this spring season that doesn’t want you to forget about its difficulty level. In fact, Rising Star Games has released the below trailer for said game that introduces us to three of its gameplay modes which are Arcade, Climax and Slash mode as well as a co-op option for two people.

However these modes all have one key feature… the amount of projectiles flying your way. These types of games aren’t called bullet hell shooters for no reason!