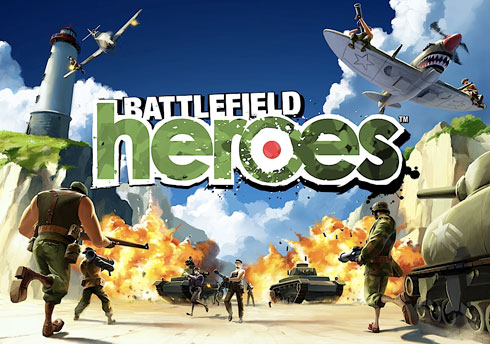 The free-to-play arcade cartoon shooter Battlefield Heroes, developed by Easy Studios and published by Electronic Arts, will receive new content surrounding the theme of outer space on Wednesday April 18. Leading the new content is a new map known as ‘Lunar Landing.’ Using low gravity to traverse the environment and outsmart enemies, players can jump over objects and even base jump from a vantage point to take down the enemy faction and lead their team to victory.

In addition to a new map, the space theme brings in new items that players can use on their individual heroes. These include laser-based weapons, which allow players to swap out their traditional guns and gadgets for high-powered plasma blasters to dish out damage and brand new outfits, which include a space explorer outfit and full spacesuits. To try out the new content, you can play Battlefield Heroes at www.battlefieldheroes.com. Battlefield Heroes is free to sign up and play, but it does include a microtransaction model.