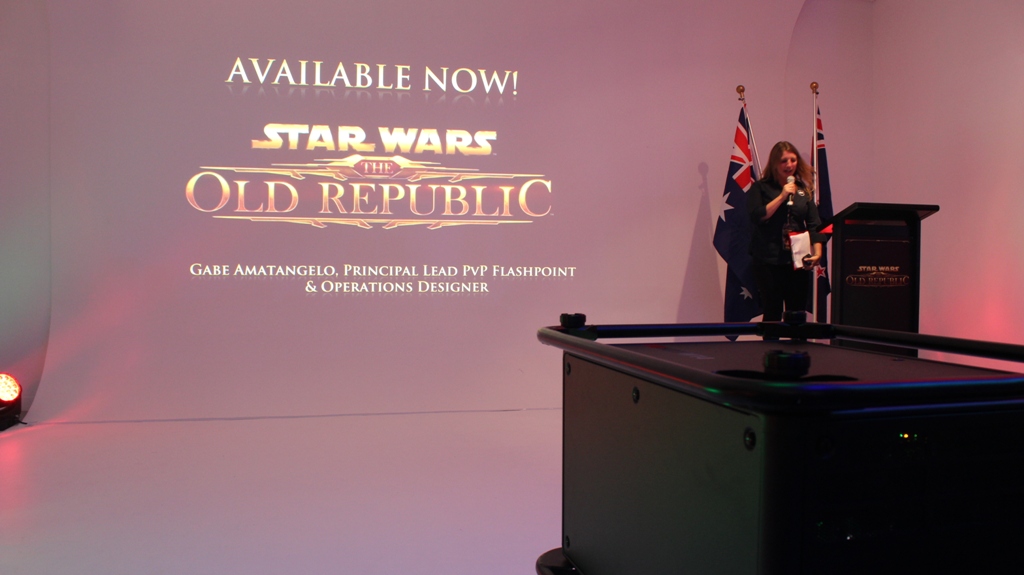 At an event held at the Luxe in Sydney, EA and Bioware hosted an event to celebrate the launch of Star Wars: The Old Republic in Australia. The event itself was a small affair, with a limited number of computers to play that game on, as well as a small presentation from Gabe Amatangelo the Lead PvP Designer for the game and booze.

The presentation from Gabe went in the beginning of the event and and consisted of showing us a handful of cinematics from the game, as well as a brief run through of the some latest additions and future additions to the game. We were also treated to a short film showcasing the impressions of the first few months of playing, which featured a handful of developers, community members and some of the Red Vs. Blue guys. Gabe’s presentation was fairly interesting, but it was more geared towards those that have yet to play the game, rather than the people present that had.

After the presentation was over, we were able to move about freely and socialise with the other media outlets present. During our stay at the event we met many editors, writers and media types from various publications. Characters of note were – Guy ‘Yug’ Blomberg [Mana Bar], David Halloway [Toroz] and a few others from various media outlets, like PC Powerplay, Hyper and the like. What I really like about the local media is that everyone is a pretty sensible bunch, you don’t get anyone too crazy and everyone is easy to approach and talk to. 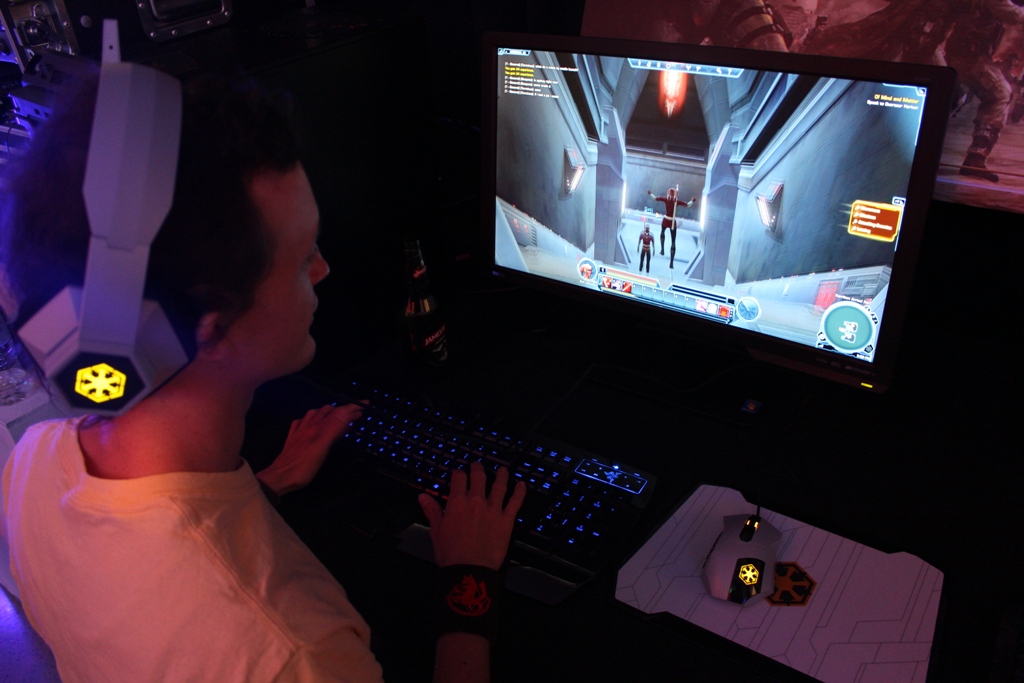 As well as socialising, we were able to play on some pre-made accounts and make our own characters to play with. I rolled on the Aussie RP server with ‘Sexyena’, the sexy Twi’lek Jedi and demonstrated some of the game. However, as someone who already has a pretty decent toon on his own account, I didn’t find starting again as enjoyable as someone who would have been playing this for the very first time. Still it was fun enough to chat to the people who were in the server already and brag about being at the media launch event.

After our short play through and gas-bag it was time for us to begin our interview with Gabe Amatangelo, which went reasonably well. The interview consisted of Spike (Michael Marr) interviewing and myself holding the camera. Gabe seemed like a pretty nice guy and answered our questions in a reasonable manner. After that it was time to head back into the event floor.

Back at the event we poked around for a little while and chatted to some more people and watched people play terribly and decided it was time to leave. We took a survey on the event in which I responded that the event ‘needed more rising Wookies’ and ‘Twi’Lek dancers’. We then thanked everyone for inviting us and left. Fun was had by all. Especially me.