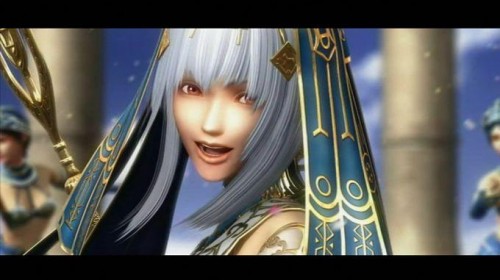 Rainfallers, it’s time to celebrate one more time. After already seeing Xenoblade Chronicles and The Last Story brought to the region, Nintendo have now officially announced Pandora’s Tower for the Wii. As many of you know, this marks the final of the big 3 for the Operation Rainfall movement, and saying mission complete this time has never sounded so sweet.

There still are many that have did little research on the upcoming RPG though, so here is brief rundown on what to expect from Nintendo themselves:

In Pandora’s Tower you take on the role of Aeron, a soldier, as he battles to save his beloved friend Elena from a mysterious curse that is gradually transforming her into a demonic creature. Only by battling through the towers of a nearby fortress can Aeron save her from her gruesome fate. Using his sword and the magical Oraclos Chain, Aeron must defeat the creatures that lurk there and harvest their meat to feed to Elena. Only by eating all of the “master flesh”, harvested from the largest monsters within each tower, will Elena be fully cured of the curse and free from its monstrous grip.

By returning to Elena to feed her meat from the smaller monsters, you can slow down the transformation – but only temporarily. You will need to carefully judge when it is best to return to her, as not coming back in time could lead to Elena’s permanent transformation into a demonic beast.

Multiple possible endings and a New Game+ mode means that Pandora’s Tower has great replay value and by mastering the unique relationship system you can change Aeron and Elena’s fate. You must not only decide when to return to Elena to stem the tide of her curse, but also what items to give to her. After spending time speaking to her you will become more familiar with her plight and leaving her to continue your quest may become more difficult. Taking the time to build a bond with Elena could even change the ultimate ending of the story.

While exploring the labyrinthine towers you’ll come across a wide variety of items. Mavda, a mysterious travelling merchant who can upgrade your weapons, can create special new items by combining two or more items that you have found on your journey. The items that you have discovered while exploring the towers can be given to Elena as gifts to strengthen your bond or be used to help you on your quest to battle the 13 masters – the choice is yours.

Pandora’s Tower features an epic storyline with multiple endings affected by the decisions you make. Explore 13 challenging towers on a mission to save your friend, set to a powerful soundtrack consisting of some of the most popular classical music in the world, including composers such as Verdi and Tchaikovsky. Every decision you make will affect your ultimate success. The choice is yours.

Yes, that’s quite a bit of information, and with a release date so close, it seems that Nintendo of Australia were holding this release’s announcement back so that The Last Story could have time to thrive. I would also guess that this means that a North American launch for the game is also imminent, whether Nintendo of America publish it, or someone like XSeed step up and take the reigns. Either way though, get ready Aussies, as April 12th will be the date that you get the next great RPG on the Wii. Man, it feels great saying that.