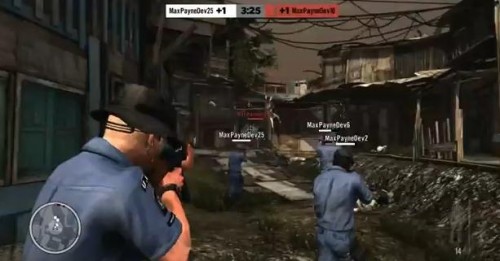 Max Payne 3’s release date is getting closer, and Rockstar have providing a ton of sneak peeks as of late when it comes to the game’s single player mode. Today though, a new video was released that details what many will be curious about, and that is the newly implemented multiplayer mode.

I know, most of the time we see half-assed multiplayer added in at what looks like last minute for story driven titles like Max Payne 3, and most ignore the mode completely after just a few minutes spent. Rockstar do not have the terms “half-assed” in their vocabulary though, and have went out of their way to make this outing both true to the series and enjoyable to all participants.

In the video below, we get nearly three minutes of footage from multiplayer, with many features and modes detailed. The first feature of sorts mentioned is the incorporation of bullet time into the experience. When a player activates bullet time, every player in their direct line of sight also enters the slowdown, and each player must think quick to take out their targets.

Max Payne 3’s flagship mode for multiplayer is none other than Gang Wars. This mode will have story-based rounds of matches using warring factions from the single player game, where the story changes depending on the outcome of each match. Payne Killer is a bit more familiar, with two players cooperatively taking the roles of Max Payne and his partner, Raul Passos as they try to survive against waves of enemies.

You can check out the video in full below, and pick up the full monty of Payne when it hit shelves May 15th.