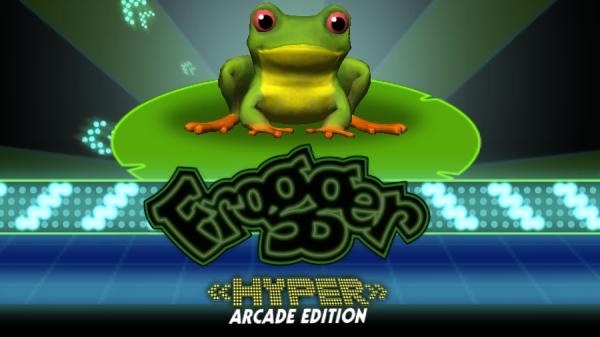 This Spring, Frogger is coming back for it’s 30th anniversary and it’s way bigger than its original release.  Frogger Hyper Arcade Edition is set to be released for Xbox Live Arcade, Playstation Network, WiiWare, and smartphones, Frogger: Hyper Arcade Edition takes it way further than just hopping across ponds and roads.

Adding all new modes including but not limited to Tile Capture, Battle Royale, and Freak Out as covered in a press release from Konami.  Competitive is also in the cards for the game as it will allow players to go against friends or the CPU in up to 4 person play matches. But, the game goes even father than just new modes and also allows for different skins ranging from the original Frogger, to a neon style epitomizing Hyper Acade, to other Konami mainstays like Castlevania and Contra.