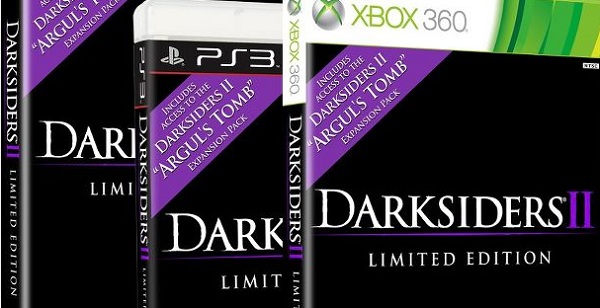 Those who have pre-ordered Darksiders II will be getting a little bit more than what they expected when they put their money down. THQ has revealed today that anyone who puts down pre-order money on the game will be able to receive a free upgrade to the Limited Edition version of the game. This Limited Edition version of the game will include the first piece of DLC, Argul’s Tomb free. That is pretty much it.

Also announced today, is a Collector’s Edition of the game which can be seen below. This Collector’s Edition will cost $99 and will contain a replica of Death’s Mask, a downloadable “Shadow of Death” armor and scythe set, a digital copy of the soundtrack and a hardcover art book. 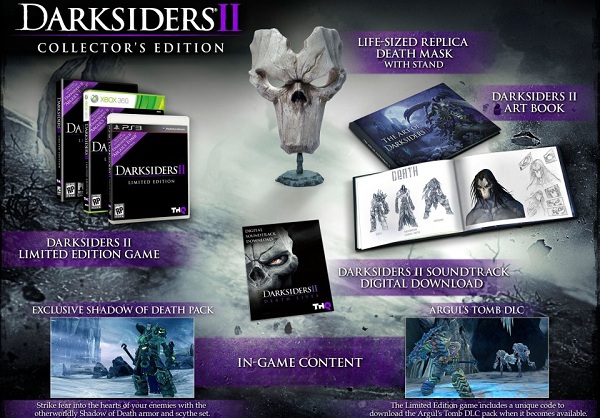