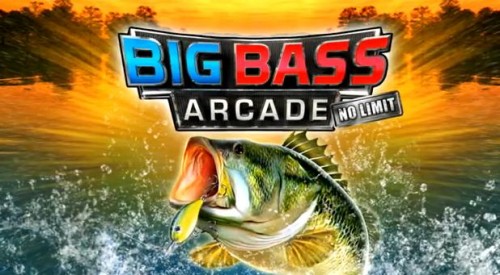 Fishing games have been around for years and are usually not my cup of tea. That is mainly due to the fact that many of the said titles revolve around simulation, and you can spend hours trying to find an appropriate spot before giving up and turning off your console all together. Thankfully, it seems Big John Games are ready to bring a more arcade version of the genre back to consoles, with Big Bass Arcade: No Limit hitting the Wii later this Spring.

As you can see in the trailer (found below), this title is all about the action of fishing, relieving the player of the boring and monotonous hunt. Yes, this isn’t the most visual of fishing affairs, but I personally think these graphics play well into the arcadey nature of the game and make it that much more appealing to all of us who spent hours playing Sega’s Bass Fishing many years ago. There are plenty of fishing games on the Wii, but this title looks to be nothing more than raw, fishing fun, without any of the gimmicks. Watch the clip below, and once we reel in an official release date for Big Bass Arcade: No Limit, we will be sure to bring you an update.