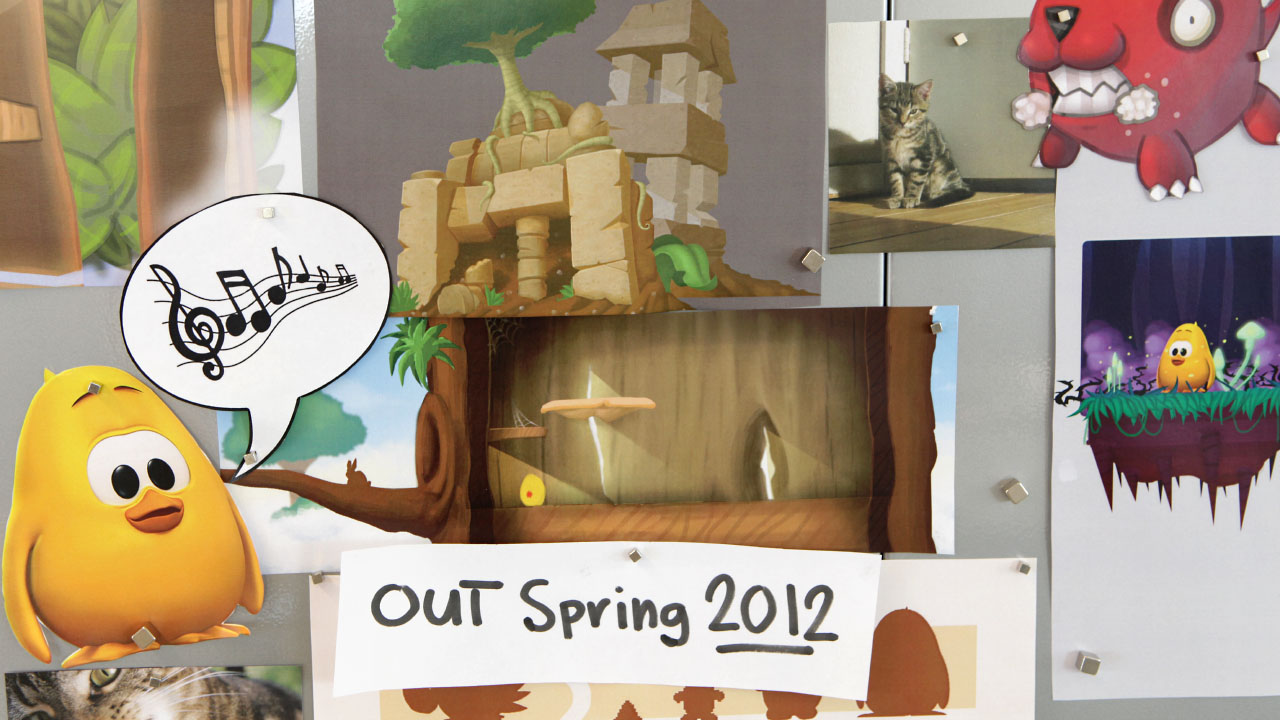 Toki Tori, everyone’s favourite cutesy mind-bendingly puzzling downloadable title, has a sequel moving swiftly towards release date. And the game’s developer, Two Tribes, have been releasing tidbits of info regarding the new game. Their latest reveal is regarding what they’ve dubbed “Knowledge Unlocks”.

Instead of making a mental note to backtrack through the game to unreachable areas once a new item/ability has unlocked, Two Tribes have done away with unlocks of any sort in their up-coming title. Instead of choosing between a selection of available items and abilities to solve puzzles, you’ll be using your knowledge of the flora and fauna of the world to help you out. So when you reach a puzzle that requires you to manipulate a plant or animal to complete a puzzle, you’ll be taught about that particular ability the plant/animal in question has.

But those same things will be dotted around earlier levels, and can be used to reach those hidden areas and hard-to-reach places. So by simply experimenting with these plants and animals, you can figure out how they work early, and so use them to reach those secret areas before you’re “meant” to.

Sounds like a great way of doing things; I can’t wait to play around with this idea!

You can find out more about Toki Tori 2 and Two Tribes’ other games on their site.