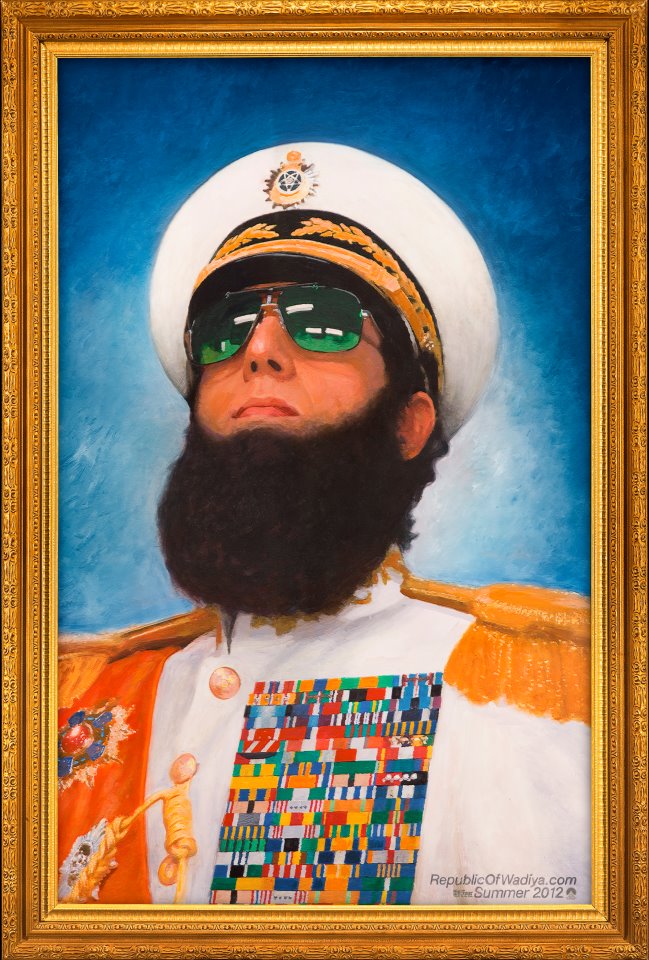 General Aladeen has an announcement for the people of the world – you should listen to his wisdom:

“My website just launched – it’s already bigger than Facebook! Visit it! (unless you’re in Wadiya, where for some reason there’s no internet. I didn’t ban it. Honest)”

His Excellency has constructed this magnificent site to be read in both English and Wadiyan, so that you can learn more about his greatness with ease. You can also friend the General on the lesser known site that is Facebook, or follow him on the site where birds sing via @RepublicWadiya.

General Aladeen has several useful and informative links on his website, including news of his fellow great leaders and humorous things such as the UN .