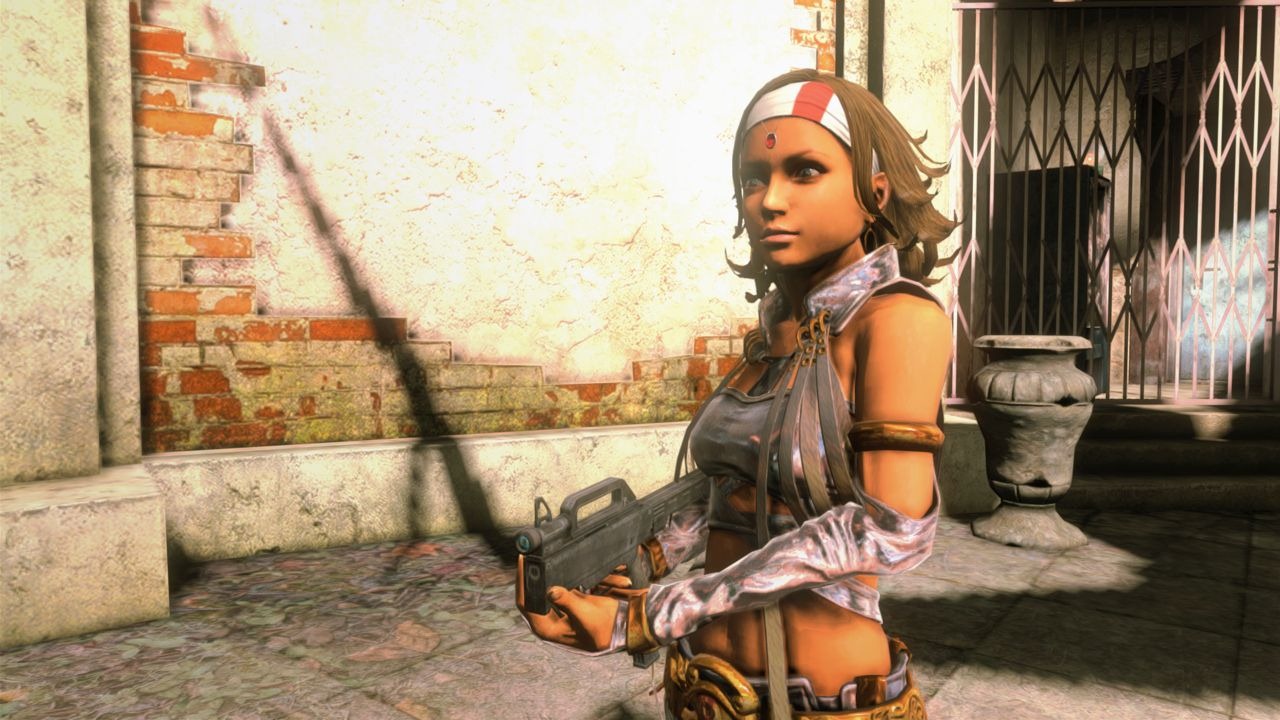 Konami’s latest title NeverDead is all set to receive its first DLC pack on February 21. This bundle of costumes and characters is also accompanied by some new gameplay challenges set in the Asylum level.

First and foremost, the new character: Nikki Summerfield, popstar. The fashionably dressed diva will be available for use in the multiplayer mode, bringing some outfits of questionable practicality to bear with some heavy use of firearms. Leading man Bryce will also receive two new costumes.

The main selling point here however is the expanded gameplay, with three new challenges coming to the Asylum level. The first, Fragile Alliance, is a simple race through checkpoints with added environmental hazards and enemy spawn points to keep you on your toes. Onslaught tasks players with clearing the Asylum of enemies one section at a time, and Egg Hunt has you running around collecting ‘collectibles’ and stashing them in designated score zones.

The game has had something of a rough ride since arriving at the end of January, so can some extra outfits and a popstar keep NeverDead alive?