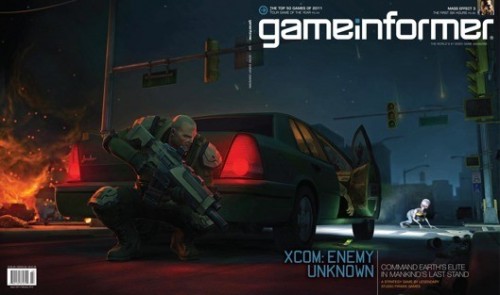 While plenty of XCOM fans immediately blew a gasket when they heard that 2K Games was planning on turning the strategy game series into a first person shooter with squad based tactics, it seems that the series may still take a return back to its RTS roots. The developer of Civilization, Firaxis Games has revealed that they are currently working on an entirely new XCOM title which is called XCOM: Enemy Unknown.

The title will be focused solely on the strategy genre and was revealed by next month’s Game Informer cover as can be seen above. The title is going to be developed for the PC as well as the PlayStation 3 and Xbox 360 and is currently set to be released this Fall. Expect more news to be revealed when the Game Informer issue seen above hits store shelves.