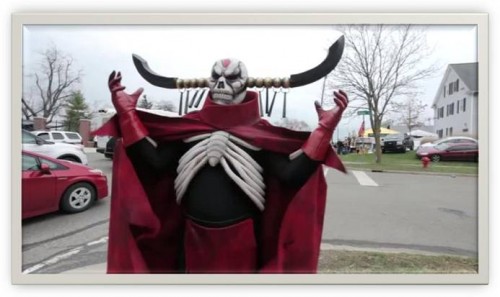 To help promote the Playstation Vita launch title, Army Corps of Hell, the King himself has invaded Hell to reclaim what is rightfully his, the throne to the underground realm.  I guess he wants the world to fear his almighty power. One small problem… it isn’t the Hell he wants. No, he ends up in a town named Hell, but it is in the U.S. state of Michigan. He even decide to video his… invasion, I guess. Watch as he complains about how cold he is and even asking locals for directions to the right Hell (which is apparently somewhere south of the U.S. border).

Army Corps of Hell will be available on February 22, 2012 in North America and Europe, so you can begin your conquest of Hell on launch day.