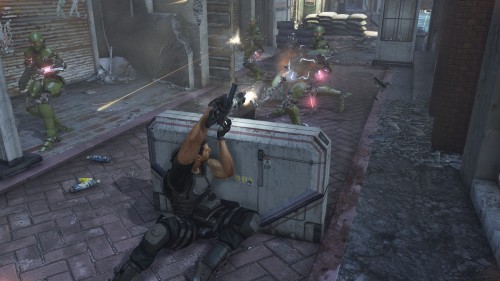 While Binary Domain isn’t set to be released until the end of February, that doesn’t mean you need to wait that long to play the game. In fact, if you have a Japanese PSN account or Xbox Live account you will be able to pick up the demo for the title on February 1st.

Sega revealed this fact during their Kamurocho Radio Station podcast and was identified by Andriasang. The demo will include two different stages, a “Shinjiku Station-like area” in the upper city and one in Shibuya’s Spain-zaka area in the lower city. Currently Sega has yet to announce a Western demo though we have reached out to see if they have any plans for such a demo in the future.