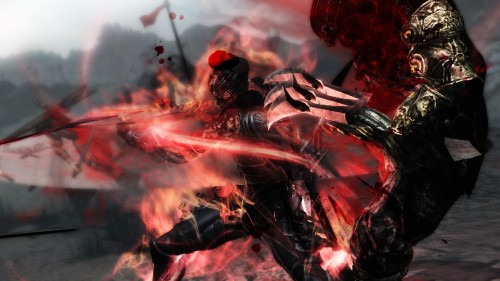 Those eager to learn more about Ninja Gaiden 3 will be happy to hear that Tecmo Koei has begun a series of developer diaries for the title. Now this video is mostly in Japanese with English subtitles but is certainly worth a watch as the developing team and overseas producer talk about the action in Ninja Gaiden 3.

Also shown in this developer diary is the fact that Ryu Hayabusa seems to have turned into a quite the cold blooded killer, even slicing through a man begging and apologizing for his actions. As such the developers also state how they have implemented more emotional elements as well as story than in any past Ninja Gaiden title. Check out the video below and Ninja Gaiden 3 when it is released on March 20th in North America and March 23rd in Europe.