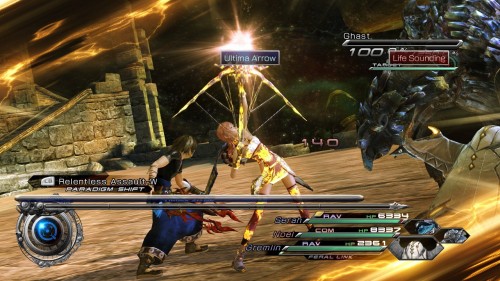 There are only a few days until Final Fantasy XIII-2 is released in stores, four to be exact. But that doesn’t mean that Square Enix is going to stop releasing trailers to help sway any indecision you may have left about picking up this title when it is released on January 31st.

Today Square Enix has released the trailer below which is called the “Clash of Time” which shows us various battles including demonstrating some of the monsters you can fight alongside, cinematic actions as well as Lightning and Caius fighting it out. So, if you could pick any monster to fight alongside in FFXIII-2, what would it be? I’d have to say that the Chocobo they show in the video would delight many fans.