The universe of the xenomorph has had some less than stellar times as of late. The movies have plunged into oblivion thanks to the vs. Predator crossovers and despite the sneaky DS release of the critically praised Aliens: Infestation, most remember the series in gaming form in the same way as the films : Aliens vs Predator.

It seems that something of a return to form is on the horizon, as Gearbox Software and SEGA’s latest keeps pumping out promising trailers and news. Despite a delay pushing the game back from Spring to Fall 2012, Colonial Marines has got people excited about Aliens again.

In this CGI trailer we get an up close look at the marines and the xenomorphs coming into contact, all set to some highly atmospheric music (if you’re a bit of a film fan you may recognise the theme from Moon). Whilst there is no actual gameplay on show here it does bode well for the atmosphere of the game – here’s hoping that horrible claustrophobia and sense of impending doom will carry over into the actual gameplay.

Make sure and check out the trailer below.

Could this be the Aliens: Colonial Marines special edition? 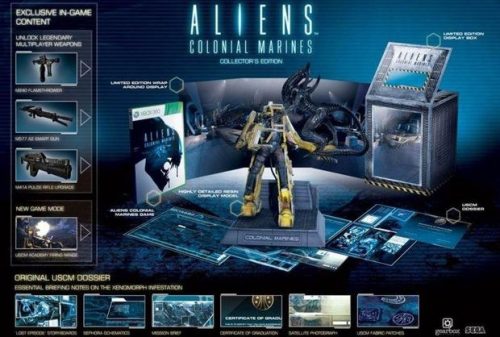 Cancelled – Aliens: Colonial Marines on Wii U Pulled By Sega