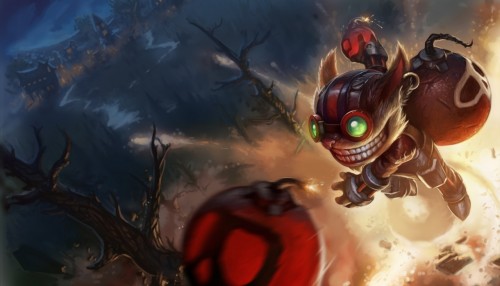 Riot Games is happy to reveal their latest champion, Ziggs – the Hexplosives Expert. Being one of the few yordles in the League of Legends, this cute little fuzzball carries some deathly explosive angst.

Once upon a time, Ziggs started off like any normal yordle scientist working in a laboratory. The major difference between himself and others was centered around his “failed” experiments and his accidental discoveries. No, Ziggs did not find penicillin but he did stumble upon the destructiveness of his work. Proud enough to test his mettle at the Yordle Academy in Piltover, he provided a demonstration of his work within the academy’s walls. The demonstration soon became the demolition of one of the interior walls, and Ziggs was quickly escorted out the door.

Before Zigg’s return trip to Bandle City, a group of Zaunite agents kidnapped the professors of the Yordle Academy. The Piltover guards were quick to track the kidnappers to a heavily fortified Zaunite compound. Unable to breach the fortress, there was only one place to turn. Ziggs devised a plan to launch an assault of “hexplosives” at the reinforced walls. Once administered, the devastation of the walls became visible after the air cleared. The fuzzball of a yordle stormed through the compound with bombs in hand to rescue the professors. Making short work of the guards, he was safely able to return the kidnapped to safety. In return for Ziggs’ bravery, the academy donned him the title of Dean of Demolitions and asked for his continued service with a sponsor in the League of Legends. Where better to test his hexplosives than the Fields of Justice? 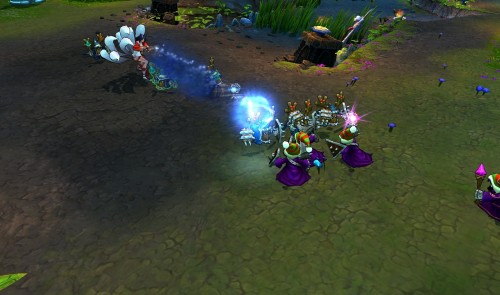