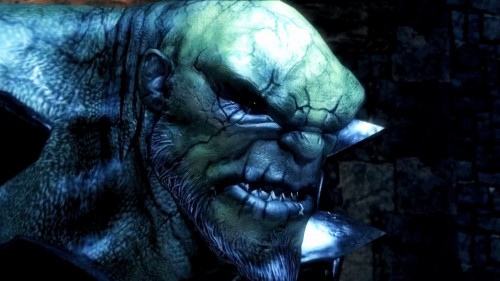 Being constantly hunted down by the Empire of Men might put a damper on your life expectancy. As an orc and goblin, you must be fearless as the Emperor of Men rages war against your people. The only way to end this conflict is to take down the Emperor himself.

Focus Home Interactive in junction with Cyanide and Spiders presents a new trailer for the 2012 RPG Of Orcs and Men. In the first teaser trailer, you get to see the two heroes of the story in active gameplay. Each character presents two very different playing styles. The orc offers an aggressive style of combat where he vaults himself into a fray of soldiers. On the other hand, the goblin acts more as an assassin preying on enemies from the shadows.

Check out the trailer below, and get ready for the rebellion in 2012.