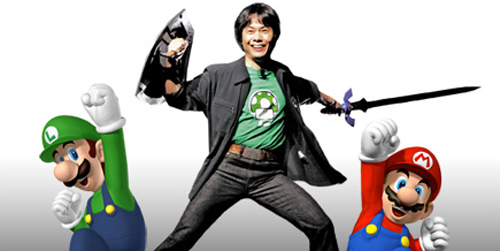 Nintendo’s iconic game designer Shigeru Miyamoto has announced that he will be retiring from his “current position” within the company. He revealed this information in an interview with Wired.com, but don’t worry he won’t be leaving Nintendo entirely, but instead he has said that “what I really want to do is be in the forefront of game development once again myself.”

He has revealed that he has his sights set on a small project saying he wants to begin “working on a smaller project with even younger developers. Or I might be interested in making something that I can make myself, by myself. Something really small.” In a way he believes that his current position actually limits his relationship with his younger developers saying that “the young guys are always kind of in a situation where they have to listen to my ideas. But I need some people who are growing up much more than today.”

Miyamoto went on to say that he is very “interested in doing a variety of many other things” so it is worth noting that he has not left the world of video games but seems to be making a point that he won’t always be around forever for the younger developers to look up to and listen to.