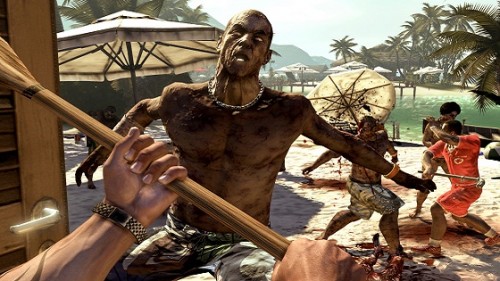 You see that consumer up there? Good luck holding him back from picking up a copy of Deep Silver’s Dead Island. Wait… no that is a zombie, you should probably hit him with that oar ASAP. In all seriousness, Deep Silver has announced quite an accomplishment today for Techland’s Dead Island. The title has officially sold three million copies, this news comes after the news that Dead Island had shipped two million during the first month of release.

It is always good to see titles that aren’t from the more established companies such as EA and Activision selling in the million range, but when the title sells so well that they had to ship out an extra million copies just to meet demand, bravo.