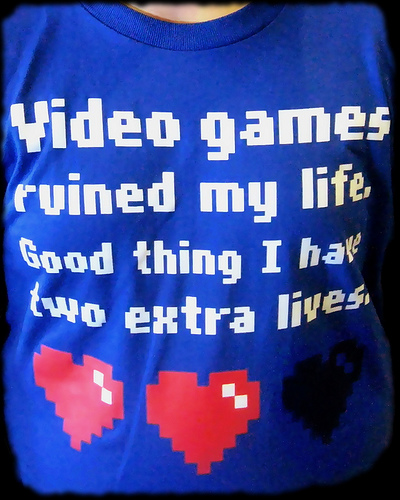 If one picked up the Daily Telegraph, one of Australias leading publications, one would be forgiven for thinking that Australia is a perfect country, void of any economical or social problems, well, that is besides our youth running around in a crazy frenzied state, all brought on by the evils of World of Warcraft, Minecraft, and well hell, the whole internet in general. In an attempt to once again bring the reputation of video games into disrepute, the media of Australia has again taken it upon itself to print misleading information, badly researched propaganda and shift the blame and responsibility away from parents and peers and into the hands of the game developers and publishers, who of course are to blame. While I have no doubt that internet and game addiction are indeed a problem for many, its laughable and ignorant to pick out and name single titles and even more so to insinuate that the developers should feel responsible in any way.

The article found in todays Daily Telegraph centres around a 13 year old boy who has missed most of the last 2 years of school due to an internet and World of Warcraft addiction. The youth became violent when threatened with removal of the game and has no fear of authorities such as teachers or the police. While this would be a tough situation for any parent, especially a single parent of small stature, thats still no excuse for blaming the game and expecting the government to set up weaning clinics at the tax payers expense. I’d rather see a shooting gallery for drug addicts in every neighbourhood than an internet addiction weaning clinic, seriously what a joke. Especially remembering it would require a credit card to play past level 20 in World of Warcraft, something an addict would surely have to do and the hypocrisy is phenomenal. For the people who say “take the bloody thing off him and he’ll get over it”, I agree with you. If he turns violent and it calls for a police intervention and the child removed for a while to scare the living crap out of him then so be it. I played video games throughout my childhood, albeit without the built in social connectivity the internet has facilitated, and my parents knew when enough was enough. We didnt have televisionss in our own rooms when under 16, and out parents were aware of all the different forms of media we watched because they took an interest so they could explain the situation to us. 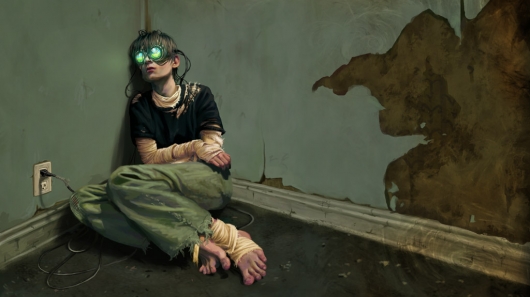 I actually think I played more video games than some of the kids of today, but it was so well balanced with sport, going out and friends that it didnt overtake my life. I didnt lose sleep over it, nor did my work suffer and i could still play for hours a day if i chose to, without the risk of turning into a raving psycho whose bladder might be found spattered against the wall from 50 hours of play with no toilet break. Honestly Daily Telegraph did you find this amazing statistic at the bottom of a cornflake box or perhaps the companies private psychic hotline. The article goes on to mention anther teen who agreed to partake in a study at Rivendell Adolescent Unit, from where he has now returned home. The therapies aim is to reduce time spent gaming by removing the obvious; the PC, as well as to find suitable alternatives such as sport and physical activities. This sounds like a parents job to me but maybe im mistaken and forgetting the apathetic state of parental responsibility levels. 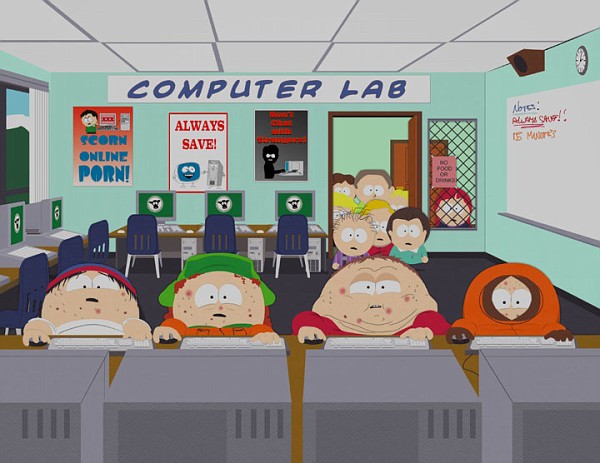 Lastly Daily Telegraph, your list of warning signs for parents to identify a problem gamer could be used to describe most any syndrome in adolescents ranging from severe drug abuse through to school bullying. It reminded me of a satirical list of warning signs put out by the government on how to tell whether your neighbour was a drug dealer. School work suffering and short of cash (cant be too many 13 years olds in that category), is about as indicative of problem gaming as drawn blinds at night and friends visiting late at night is to being a drug syndicate. While they can be associated with the problem at hand they are by no means any indication of it to any extent.

While i do not disagree with the expertise of people like Dr Philip Tam, a leading psychitrist who believes that while the interent provides many benefits there are a small minority for whom it will cause social and behavioural issues, I still dont agree with rehabilitation clinics. I am in favour of rehabilitation especially for those who cant help themselves and I dont believe internet and gaming addiction is applicable. Not when there are drug addicts and alcoholics, not to mention gamblers ( I live in NSW do I need to say more), whom im sorry, but are in much more need. Until i see more readily available clinics for them I really dont want my tax money to be going towards some private school kid whose parents cant control his gaming habits. Oh, and whats with the random comment at the end of the article that is about as out of place as Zelda on a Playstation. Apparently girls can become obsessed with Facebook. They obvioulsy didnt include my male cousins or multiple guy friends who have facebook hardwired into their brains matrix style. In regard to the pictrures used in the article, the World of Warcraft female warrior is only going to make teen boys want to try it, and the other picture is 20 years old, suggesting well, weve all heard this all before and its getting old.

I would like to say that i have no doubt that the particular cases within the article were legitimate and serious in nature, but I dont think they are the norm and are being used and misrepresented to implement services that are a waste of money and not necessary. That is unless parents decide that they would rather hand over all decisions and discipline of their children to others and effectively disown them through sheer laziness and apathy. In that case it should only be offered through a private clinic where the parent must fit the bill for all treatment and not be left as a burden on the rest of taxpayers.

Minecraft: Story Mode to be Delisted on June 25 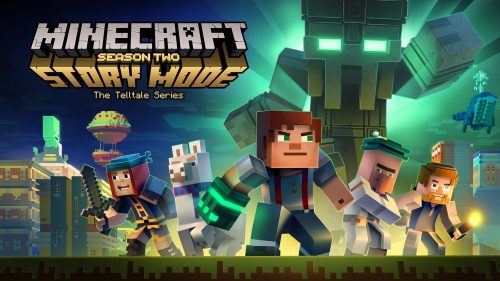