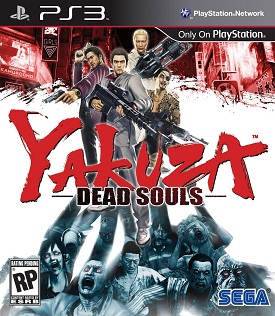 It seems that Sega is indeed bringing Yakuza of the End out of Japan to Western shores as today the company has announced that they will be localizing the title for PlayStation 3 release under the name of Yakuza: Dead Souls. Dead Souls is currently set to be released sometime in March of next year and they have even released a trailer for the game which you can catch below a handful of screenshots released.

Yakuza: Dead Souls won’t be your typical Yakuza title, as Kamurocho is now infected with zombies and players will have to do their best to fight off the zombies and try to survive. There apparently will also be DLC localized from Japan, but they did not mention whether or not it would be released on disc as a bonus or as a piece of English DLC.