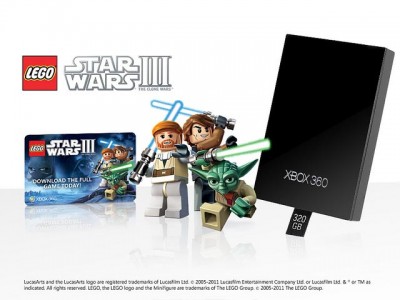 I bought my Xbox 360 way back in 2007, when the largest hard drive available was 20 GB (Yeah I went the Pro option over Core and Arcade). So the 20 GB Hard drive now seems laughable by today’s standards with the vast amounts digital content booming out there on the market today. Well to sort out this problem Microsoft is launching a massive 320 GB Hard Drive for the Xbox 360 later this month. 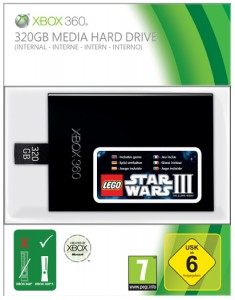 This is the largest hard drive for the Xbox 360 to date and was only obtainable if you bought a special edition Xbox 360 console. This is no longer case thankfully and as an added bonus anyone that purchases a 320 GB Hard Drive will receive a download code for LucasArts’ LEGO Star Wars III: The Clone Wars.