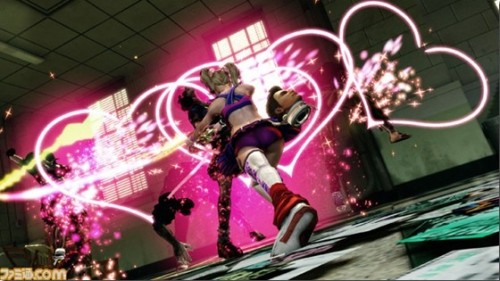 Seeing as it’s Halloween, Warner Bros have released and new trailer for the game Lollipop Chainsaw, rather fitting considering it’s a game where you wield a chainsaw, with ‘more blood than a slaugterhouse’. The trailer offers gamers their first glimpse at Morikawa, a second-generation zombie hunter who looks after his apprentice, Juliet.

Available in 2012, Lollipop Chainsaw is the ‘un-deadly’ story of sweet and killer zombie-hunter Juliet Starling and her quest to uncover the root of a colossal zombie outbreak. With her wickedly awesome chainsaw in hand, Juliet slices, dices and splits her way through hordes of the undead, but soon realizes the horde is only the opening act to a festival of zombie rock lords determined to kill the chainsaw-wielding cheerleader.