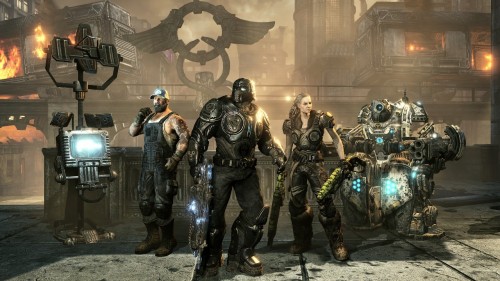 Gears of War 3 is going to be receiving its first piece of downloadable content sooner than we may think. Announced today, the Horde Command DLC package will be released on November 1st and will be available for 800 MSP or free if you have bought the season pass for Gears of War 3. The package contains a number of new things to accentuate the game’s horde 2.0 mode and a handful of new content.

The DLC will include three new maps, a few characters, namely Bernie, Big Rig Dizzy and an Onyx Guard, a few weapon skins and extra fortifications. The player will be able to build a command center now where they can call in support from the Hammer of Dawn, snipers or even mortars. Also players will be able to upgrade the decoy to a fighting robot, a sentry that shoots fire bolts and even an upgrade for the Silverback to include rockets.