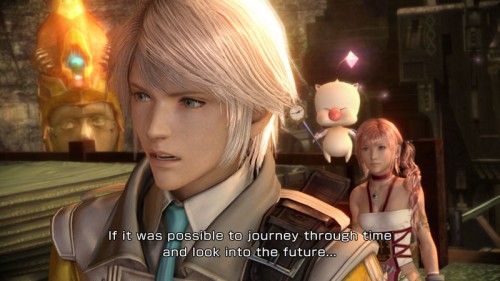 Today Square Enix decided to release a small handful of screenshots to try and keep people satisfied until Final Fantasy XIII-2 is released next year. Now there are only four images which you can see below, but two of them focus on the now much older and less whiny Hope. Below you can see his full character artwork as well as some cutscene footage.

Besides this we are also treated to an image of a city of sorts, as well as a slot machine which means you can spend all of your hard earned money in a casino just like in real life! Final Fantasy XIII-2 is still set for release on January 31st in North America and February 3rd elsewhere.