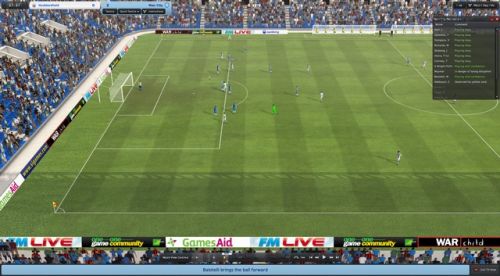 Football Manager 2012 is now available for purchase via Steam and various retailers. The game boasts over 800 new features with updated statistics and over 50 playable leagues.

“3D Vision adds an extra level of immersion and excitement to Football Manager 2012. Using NVIDIA’s stereoscopic 3D technology, gamers will truly get the feeling of being pitch-side as their team goes for greatness! This is a great example of a developer using 3D to genuinely enhance the gameplay experience.” said Phil Eisler, 3D Vision General Manager at NVIDIA.

The PSP version will be out on the 28th of October with the iOS version still to be announced at a later date. Don’t forget to check out our review of FM12 here in case you missed it.