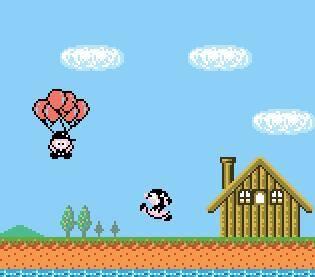 Earlier this year, Nintendo Ambassadors were treated to 10 original Nintendo titles for early adoption of the handheld, with one of those being Balloon Fight. Those who can’t get enough of the classic will be happy to know that Balloon Fight GB, the remake of “Balloon Kid” (which was only released for the Game Boy in North America and Europe), is now ready to grace the Japanese eShop on October 19th.

This title marks the third Game Boy Color title on the service and as of now, it only seems to be destined for a Japanese release. We did see Twinbee hit the US’ eShop though and that never originally released outside Japan, so we very well could see this little gem grace the Virtual Console sometime down the road.