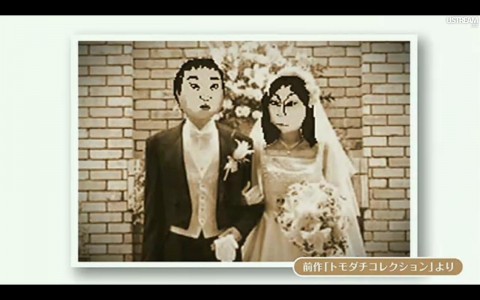 3DS users can start preparing themselves for a new update and by the looks of it, this one will certainly be worth those extra blocks. Iwata announced that this November, Nintendo will be giving out an update that adds in a 3D video capture mode to the 3DS, allowing users to record 3D video on the system.

Also shown to be included was a Mii Streetpass Plaza upgrade, with new unspecified features to be added in for those who use the function. The clip shown by Iwata at the 3DS Conference also showed users replacing photos with their Mii personas, which should come in handy for those looking to show off their creations in brand new ways.

After climbing the tower and finishing those puzzles, it’s nice to know that we have some new toys to play with in just a couple months. As soon as an official date is announced for this firmware upgrade, we will sure to let you know so stay tuned to this developing story.