Nuclear Dawn rapidly approaches it’s long awaited release, and the Beta (my impressions of which are covered here) is looking and playing more and more like the kind of startlingly original game fans envisioned at the projects birth. With this in mind, I thought that it was perfect time to ask the lovely developers at InterWave Studios some questions, while they still have some free time, and before they’re too rich and famous to be bothered with small-time journalists like myself. Here’s what they had to say;

Capsule: Nuclear Dawn is the first commercial game from your studio, before which you created two of my favourite Source mods; “Insurgency” and “Stargate: The Last Stand”, at which point you weren’t actually a studio, so much as a talented bunch of guys from the Half Life 2 community. When did game development really transform from a hobby into a living for you guys?

InterWave: Right after Stargate: The Last Stand, we started working on a bigger, more involved project, which at the time we were calling Distant Hope. Soon after that, we had the chance to take over the Nuclear Dawn project, which was even more ambitious and involved. At that point, we had no choice: the only way to do such a project justice, to any kind of decent production standards, was to go commercial, and get to work on it full time, full steam, no reservations. 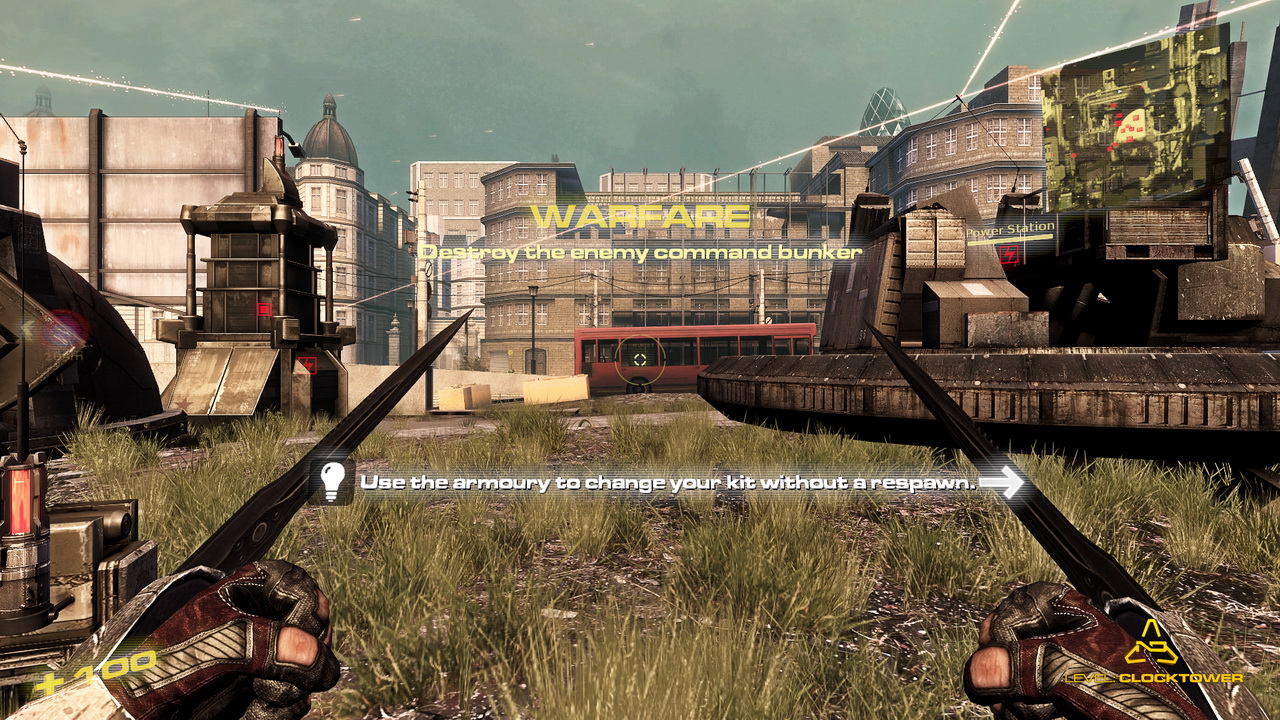 Capsule: One of the most important things for any group of people developing a Source mod is to maintain a steady dialogue with the community, and you seem to have preserved that sacred channel well during your transition to commercial studio. Specifically with Nuclear Dawn, how did this dialogue affect decisions in the game’s development?

InterWave: Coming from the community, we had a fair idea of what was expected of a Source commercial title, and we made sure we structured the game around those expectations from the very start: we have real servers, with an actual server browser, we cooperated with major admin scripting packages to provide support from the very first day of the beta, and we are going to deliver a full SDK for people to develop their very own variations of maps and gameplay.

As for the actual game experience, we have been in a constant feedback loop with select community members since the very first days of Beta, and we are going to make sure that the game keeps evolving, hoping to match the flexibility and success of games like TF2, which remained great because they kept providing fresh gameplay and content, and still do to this very day.

Capsule: Nuclear Dawn’s familiarity is a big part of the game’s charm. Everyone on PC is familiar with Class-Based First Person Shooters, Real-Time-Strategy games, and the post-nuclear war setting, and Nuclear Dawn manages to combine them in ways that are refreshingly original and extremely elegant, but yet nobody else has done it before. What inspired you to take the risk and create something so totally outside-of-the-box?

InterWave: The genesis of Nuclear Dawn could never have happened in a boardroom. It started as a discussion between friends who wanted to do something different, something good. It continued as a project that we all had too much passion to abandon, even when very, very authoritative sources suggested that we remove the whole RTS part because the shooter was ‘already fun enough’. Instead we went back, delayed release, and kept working on it.

Had we sat down with investors and experts before starting on ND, every single voice would have tried to dissuade us, and they would have all been sweet voices of reason. We did not do a risk assessment of a feasibility study – we just set off to make the game that we all felt we wanted to play, with all those cool things we were missing from our favourite titles, and to be honest, we would not have it any other way. 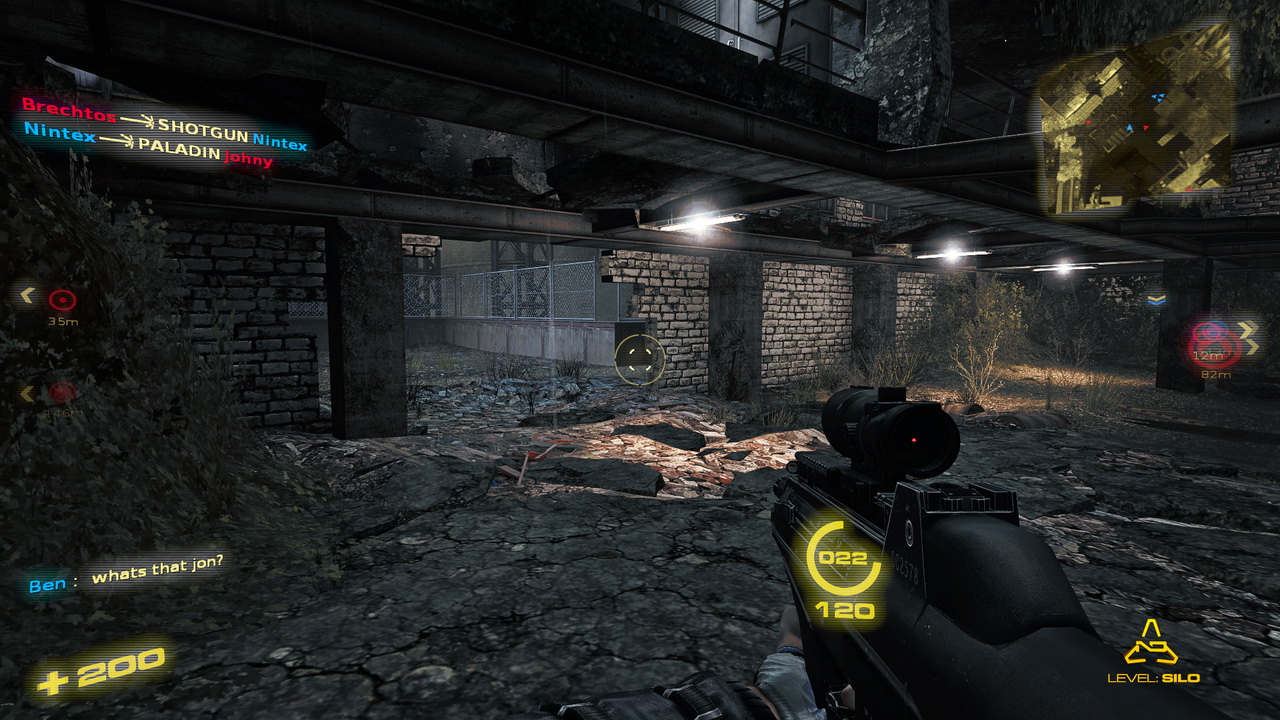 Capsule: Nuclear Dawn started (as you yourselves described it) as an “all-but-deceased concept”, which was then resurrected and grown into something truly great. How much fundamentally has Nuclear Dawn changed from that original concept?

InterWave: The core idea of a game where FPS players would interact with an RTS commander has remained. Some of the weapons we kept, as a homage and for nostalgia, such as that amazing MP-500 with a circular magazine, and the Hydra grenade launcher. Some of the original class type descriptions remain.

Just about everything else is Interwave: most of the back story was slimmed and rewritten to be more easily absorbed by casual players, the entire tech base for the two factions, the player concepts, every in-game asset (other than the aforementioned weapons, which were remastered to bring them up to par with the rest of the in-game weapons), and the whole gameplay paradigm.

We kept the name and the spirit of the game, and we respect and admire the original mod developers for the inspiration they provided us with, but Nuclear Dawn the game is very much our love child, from start to end.

Capsule: The Source engine is rather notorious for the hassle and shortcomings associated with developing on it, particularly from an art and mapping perspective. To quote the developer of Dear Esther, another amazing looking Source-based title; “Making environments like this in Source is like trying to paint with a chainsaw”. Did this create any particular challenges during the games development?

InterWave: You would be surprised just how much fun a chainsaw can be, once you get used to it.

There is no point pretending that the Source engine can compete with the new kids on the block when it comes to things like real time lighting and DX11 shaders, so we are not going to try.

However, Source is a stable and mature platform that delivers the tools to realize just about any game to a medium-sized team. It may lack some of the shinier texture rendering features of other engines, but that was a challenge for our artists to consider a new direction to take, and work with diffuse mapping in ways that would have made them previously cringe, for results which are, to our eyes at least, more than up to par with market expectations.

Some of the more torturous limitations that the engine imposes have made us grow tremendously as a team, and at the end of the day, we feel that ND is only the better for it. For an engine produced by a game company that does not make licensing game engines its core business, Source is accessible, and open to feedback and feature requests, which is more than can be said for other competing products that are developed by monolithic, faceless corporations.

Capsule: What’s your favourite class in the game? 😉

InterWave: Don’t start. We all have our favourites, and that made all classes more interesting, as each of us fought for more features and powers in our darlings. Can you even believe we have people who actually CHOOSE to play Medic? It’s a crazy world, I know. 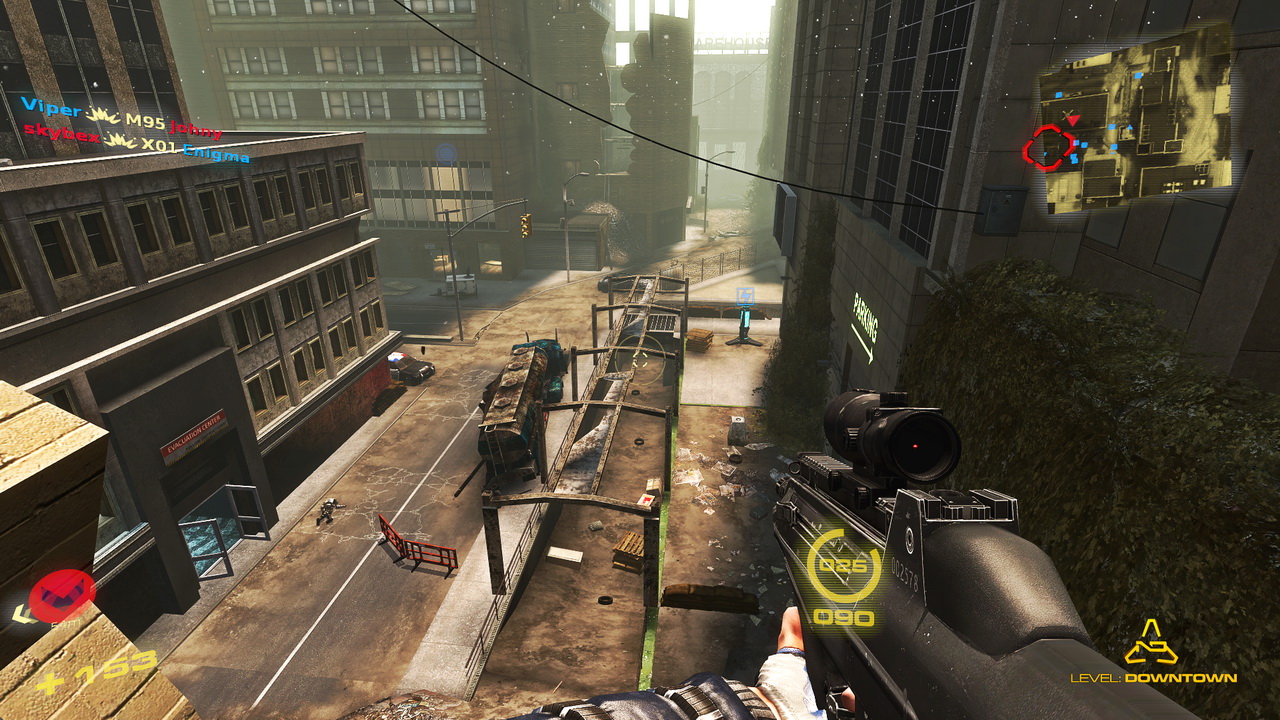 Capsule: What advice would you offer to people who want to create games on the Source engine, or indeed any engine for that matter?

InterWave: Stop thinking you’re using the Source engine. That has nothing to do with your game. Choose your engine based on which piece of software will make your game easier, because your game is all that matters. If you have the drive to succeed, you’ll realize that a good game does not really need a special, specific or high tech engine.

I have seen mind-blowing games developed in Flash, and endless piles of drivel made with the Unreal Engine. Your game is what matters, make it with whatever works best for you. For us, with our community history and ties with Valve, that was Source.

Capsule: Where do you guys plan to go next, after Nuclear Dawn is finished and out the door?

Interwave: Well, there’s more Nuclear Dawn to come, as we patch up the release version with the two major updates we announced. Those are going to bring the game up to the level of what we originally wanted to develop, but could not because of time limitations.

After those two updates are complete, we’ll continue supporting ND, while we focus on our next project, which will be something smaller, more accessible, with a less insane production schedule.

We here at Capsule Computers would like to thank Interwave for thier time and insightful answers, and wish them the best of luck with Nuclear Dawn!