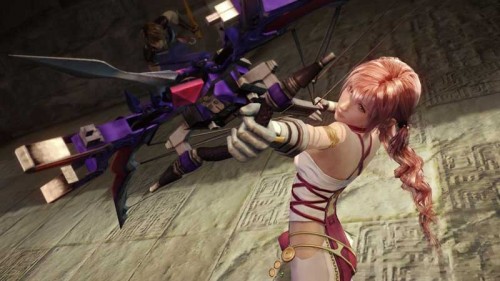 Although Square Enix promised downloadable content for the upcoming Final Fantasy XIII-2, all of the specifics are hiding at Square Enix HQ, which is no surprise. However, there is one piece of pre-order DLC heading to Japan at least. It’s only available from HMV and Lawsons if you want it. So, what is it?

A new weapon of Serah, the sister of Lightning. Well… its a code. But this isn’t any ordinary weapon. The weapon is the ‘Angel’s Bow and Arrow’, which will convert damage to enemies into HP for Serah. I’ll liken it to the blood weapons that have appeared throughout the series. There are no images of the weapon at the moment, but Square Enix has reassured that they will release an image in a future update (the picture above is not the bow).