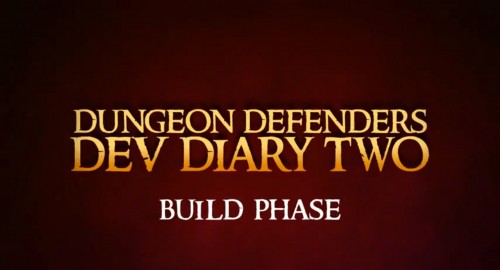 In the new developer’s diary for Dungeon Defenders, the Trendy Entertainment team discusses the importance of the “build phase”. During this phase, you will be able to create strategic defeneses to protect your base’s crystals. The diary explains several available options that can be utilized during this time.

An interesting aspect that is expressed in the video is that you can create, change, or build up your characters on the fly. Being able to switch between characters could bring a whole new level of difficulty into play. While your opponents may expect a mage for the next defense, you could switch to a die-hard fighter.

Enjoy the developer’s diary below and stay tuned for Dungeon Defender‘s upcoming release on October 19th for Xbox Live Arcade and PC. (PSN release will follow shortly after)