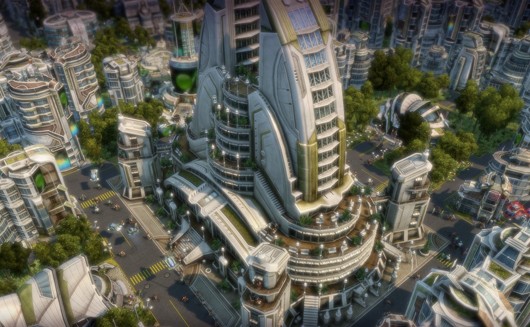 ANNO 2070, a futuristic edition of the ANNO series of games has a new trailer released. In this trailer, the futuristic world of the game is showcased, as well as the incredibly intuitive looking interface and other exciting pieces of gameplay. Gameplay, such as how each of the factions operate and collect resources. The video mentions that this is a tutorial, whether this is directly taken from the game or not is something you’ll have to find out by watching the video and playing the game.

In ANNO 2070, the world is a near futuristic version of its current self, but has been enveloped by climate change. The climate has changed in this world, causing sea levels to rise and rendering certain sections of land, that were once hospitable, unhospitable.

Fans of the previous ANNO series are going to love this title; I mean, I’m not a fan, but I’m kind of looking forward to it myself! So make sure to check out the Official Website for more information.