So… Hideo Kojima… how long are you going to keep pulling Zone of Enders fans’ legs about the next game in the series? Despite previously confirming that a Zone of Enders HD Collection would be coming out in the future for the PlayStation 3 and Xbox 360, no one has said anything about a Zone of Enders title on the 3DS.

That is until now, when Hideo Kojima tweeted that he “Found this at Omori-kun’s desk. What’s this?” with the below image of a Zone of Enders figure as well as the words Z.O.E 3DS in the background. Whether or not this is actually something that will happen or not has yet to be seen, though as a Z.O.E. fan I most certainly hope that Konami will make some announcement at TGS or before. 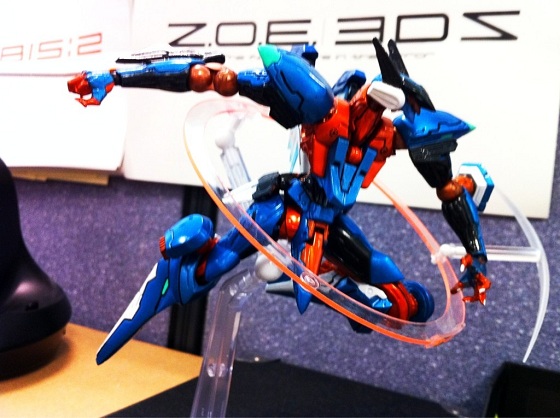