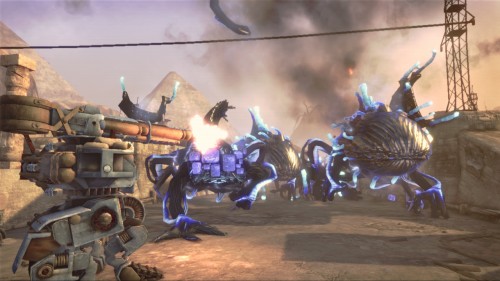 Double Fine and Microsoft announced at Gamescom that they would be changing the name of Trenched, which was released back in June in North America. The reason that the game had been delayed in Europe was due to trademark problem with the makes of the board game named “Trench” who intended to use the title to create some sort of video game in Europe.

In an effort to avoid any legal battles and potentially delay release of the title even longer, Microsoft will be releasing the game in September under the new name Iron Brigade. The name itself most likely is a reference to the mechs that the player uses to defend themselves and destroy their enemies. The price for the title will most likely remain the same as it was when it was released in North America at 1200 MSP.