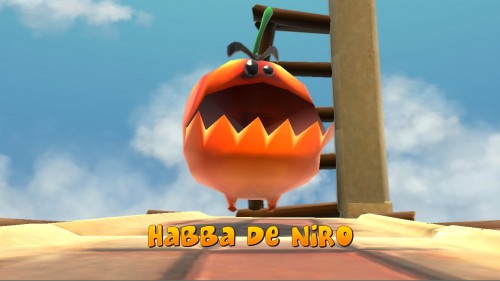 Konami and MonkeyPaw Games have been rather quiet since E3 concerning the upcoming BurgerTime World Tour, which is set to revive the classic with brand new art and gameplay styles in a shiny HD format. Thankfully, Konami brought a nice batch of screenshots for the game to Gamescom, and while we still don’t have an official release date, these screens are pretty meaty (quite literally) and introduce us to the many foods that could be the death of Peter Pepper.

With enemies baring names such “Habba De Niro” and “Frank Furter”, this re-imagining looks to be bringing quite a charming update to the Data East Classic, and hopefully BurgerTime World Tour will live up to it’s predecessors when it is finally released a bit later this year for the WiiWare, PSN, XBLA, and PC. For now though, get a good glance at the 30 new screenshots down below.