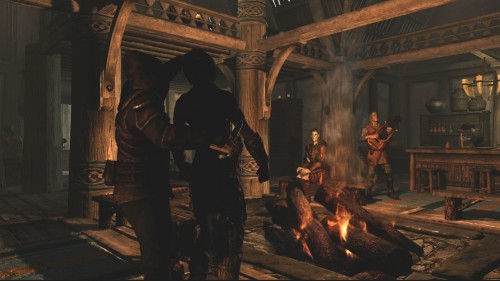 Timed-exclusives are the newest way to gain a bit of an advantage over other consoles, and nobody knows this better than Microsoft. It seems that when The Elder Scrolls V: Skyrim hits stores this November, Xbox 360 owners will have a little bit of a leg up on post-launch DLC. Bethesda revealed that the first two pieces of content that will expand Skyrim’s already ridiculously large amount of content will be exclusive to the xbox Live Martketplace “30 days before it’s available anywhere else.”

The news doesn’t come as too much of a surprise, but the question is how much did Microsoft have to pay to make perhaps the biggest game of 2011’s DLC temporarily exclusive to their system? Also it seems that Skyrim fans will be able to enjoy at least more than two add on DLCs which according to what Bethesda has said in the past, will be large expansions to the world similar to what was done in Fallout and Oblivion.

Enslaved- Behind the Scenes