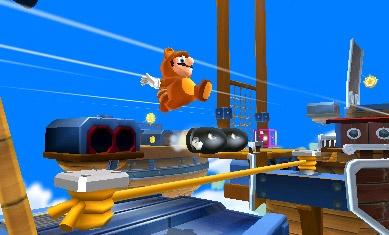 Back when Nintendo announced the ambassador program, they also mentioned two release windows for Mario Kart 7 and Super Mario 3D Land. As of today though, both titles have been given a more official date, so you 3DS owners can now start planning a pre-order.

Super Mario 3D Land will be the first out, with a nice November 13th release date. Mario Kart 7 comes just a few weeks later and right before Christmas on December 7th. With Starfox 64 3D just weeks away and Pokemon Rumble Blast hitting stores in October, it seems Nintendo certainly are banking on a big 3DS holiday season and these two big “holiday” hitters should be just enough to skyrocket sales for the handheld.